While often viewed as a city and region on the rise, Philadelphia still ranks high in too many critical, key areas. Philadelphia’s poverty rate is the 2nd highest of the 25 most populated U.S. cities, at 24.5 percent, according to the U.S. Census Bureau, and the Pennsylvania Department of Labor & Industry measures the unemployment rate at 5.1 percent. Both numbers are significantly higher than the national average, so we acknowledge that there is much work to be done.

At the same time, employers in Philadelphia need talent to fill tens of thousands of open positions. At Hire! Philly, we believe that employers have a key role to play in promoting economic growth as they are the keepers of the very opportunities that can drastically improve the statistics and offer an important voice to inform workforce development efforts to effectively connect opportunity seekers to employment opportunities.

To address the needs of both Philadelphians and local employers, the Hire! Philly Coalition was founded in 2018 to align the assets, interests, and advocacy of local employers, provide a united perspective on regional workforce development issues + opportunities, and effectively connect Philadelphians to employment. The intent of this employer-led workforce intermediary is to tackle Philadelphia’s toughest workforce challenges through collaboration. 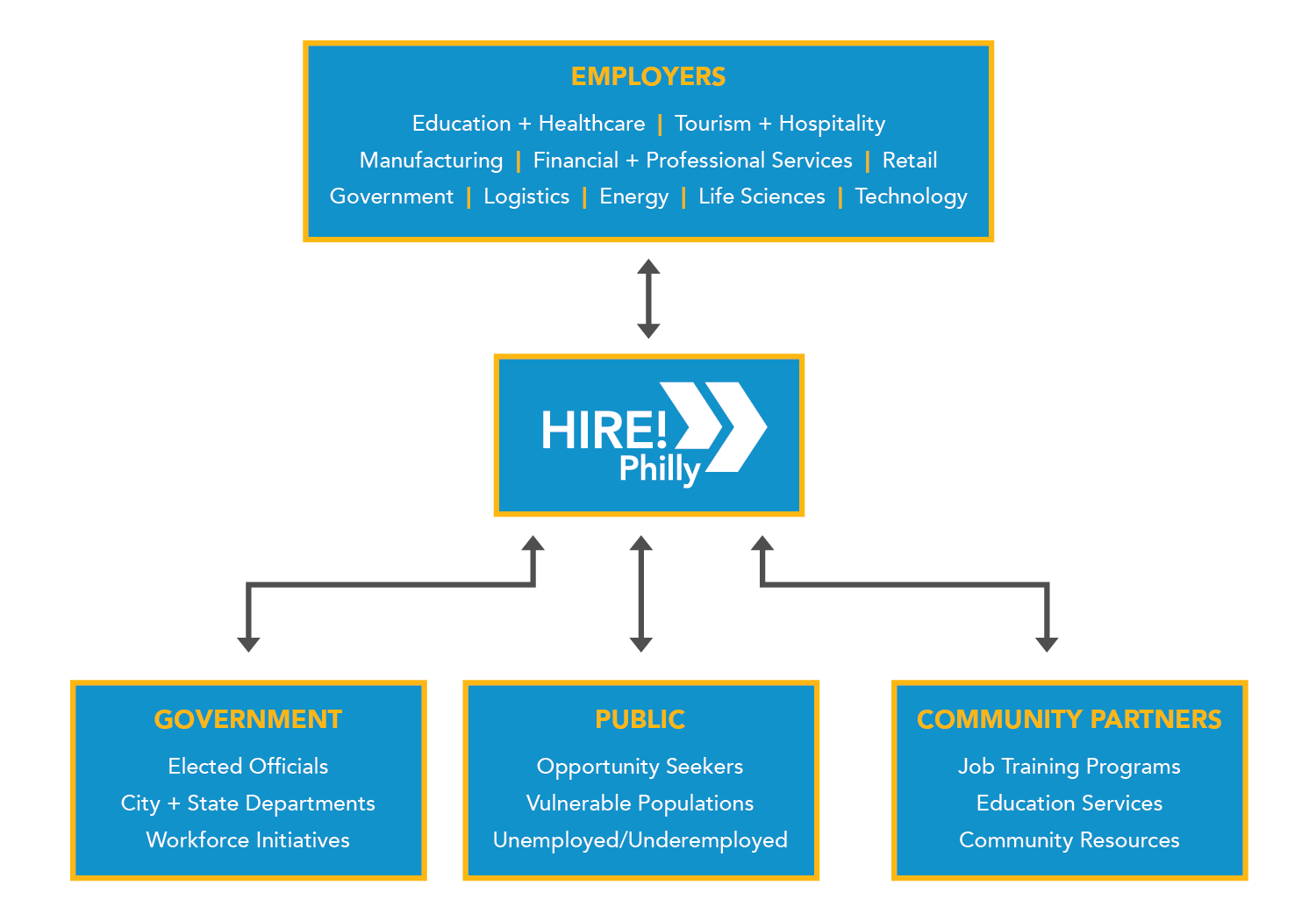